Cherryl Ranta is a lead echocardiograph technician. Training and expertise acquired through her time in the U.S. Army prepared Cherryl for a long-lasting career at Geisinger that has spanned more than three decades.

Following in her grandfather’s footsteps

Cherryl grew up in Livonia, Mich., taking many trips north to visit her grandparents. She admired her grandfather, a World War II veteran, so it was no surprise to her family when she walked into the U.S. Army recruiting center in February of her senior year.

At the time, Cherryl was just 17, so her parents had to sign for her to enlist. She left for Fort McClellan, Ala., in September of 1981 for basic training. After that, she trained at Fort Sam Houston to become a medic and an X-ray specialist.

Over the next two years, Cherryl was stationed at Fort Knox, Ky., and Fort Devens, Mass. Cherryl enjoyed being an X-ray specialist, but was thrilled at the opportunity to learn ultrasound at Walter Reed Army Medical Center in Washington, D.C. There, she completed the course before returning to Fort Devens.

“One thing you learn in the military is things can change at a moment’s notice,” says Cherryl. In August of 1984, she deployed from Fort Bragg with the 82nd Airborne for the Sinai Desert in Egypt.

She spent the next 13 months with the Multinational Force and Observers. She worked side by side with 13 other countries as the peacekeeping force between Egypt and Israel. “Words cannot express this experience,” says Cherryl, “I learned so much from so many.”

Daily, Cherryl performed X-rays but also cross-trained in other areas, including flying with the medevac helicopter crew. “The view of the Red Sea’s coral reef was unbelievable. I don’t think I realized at the time how this was preparing me for my future career,” says Cherryl.

Returning home to start her career at Geisinger

Cherryl returned home in September of 1985 after fulfilling her four-year commitment. At the time, she was worried her military experience as an X-ray tech wouldn’t qualify her for a job in the civilian world. But in October, while visiting an Army buddy who was stationed at the Army War College in Carlisle, Pa., she stopped at Geisinger and applied for a job.

“I applied for an X-ray tech position,” says Cherryl, “but on the bottom of the application I wrote ‘some ultrasound training.’”

Cherryl received a call for an interview in ultrasound and later received a job offer. She’s now been with the health system for 34 years, has been a member of the American Legion for 30 years and has served as commander for World War I Memorial Post 109 in Mechanicsburg for 2 years.

“I’m excited that Geisinger has been designated as a Military Friendly® employer. This will give other veterans the opportunity I was given to work in a career compatible with their military experience,” says Cherryl. “And it will allow more veterans to benefit from Geisinger’s many programs that will help them adjust to working in the civilian world and have a lasting career.”

Today, she looks forward to continuing to be an important part of providing our community with the services and care they need to be healthy and well, and to welcoming more veterans into the Geisinger family.

Cherryl is a member of VetNet, Geisinger’s employee resource group for veterans. On Veterans Day, Cherryl and other members of VetNet distributed thank-you notes along with a star from a decommissioned American flag to veteran employees and patients throughout Geisinger. 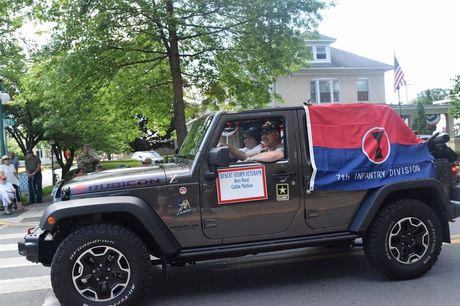 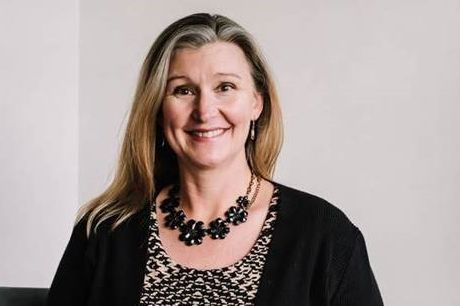 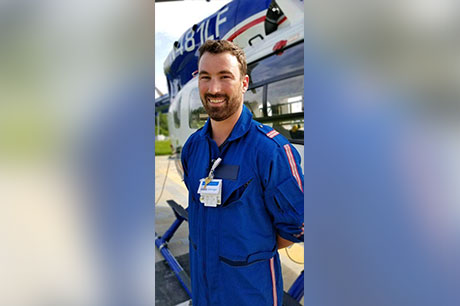 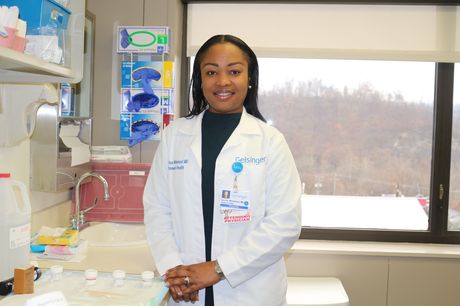