Mike Maxwell of Factoryville and Chris Joseph of Tunkhannock met 15 years ago at Mill City Assembly of God. “We were on the worship team and met while playing in the church band,” Mr. Maxwell says.

Mr. Joseph was a freshman at the time at Penn State’s Scranton campus. He noticed some cloudiness in his vision. His doctor checked his kidneys and told him they didn’t look good. He’d eventually need a transplant.

“I told him right then and there that I had his kidney,” says Mr. Maxwell. “I had total confidence that I would be his match. It wasn’t up to me, it was up to God. And I knew it from day one.”

Ten years later, Mr. Joseph was in Los Angeles touring with a band when he got very ill — his kidneys were failing. Back home in Pennsylvania, he started dialysis and put together a Facebook video looking for potential kidney donors. That’s when Mr. Maxwell pulled him aside and said, “Hey, I have your kidney. I told you that 10 years ago. Nothing has changed.”

Tests at Geisinger Medical Center concluded that Mr. Maxwell was indeed a good match. Was he surprised? Not at all. “God had it covered. It was done before we even began,” he says. 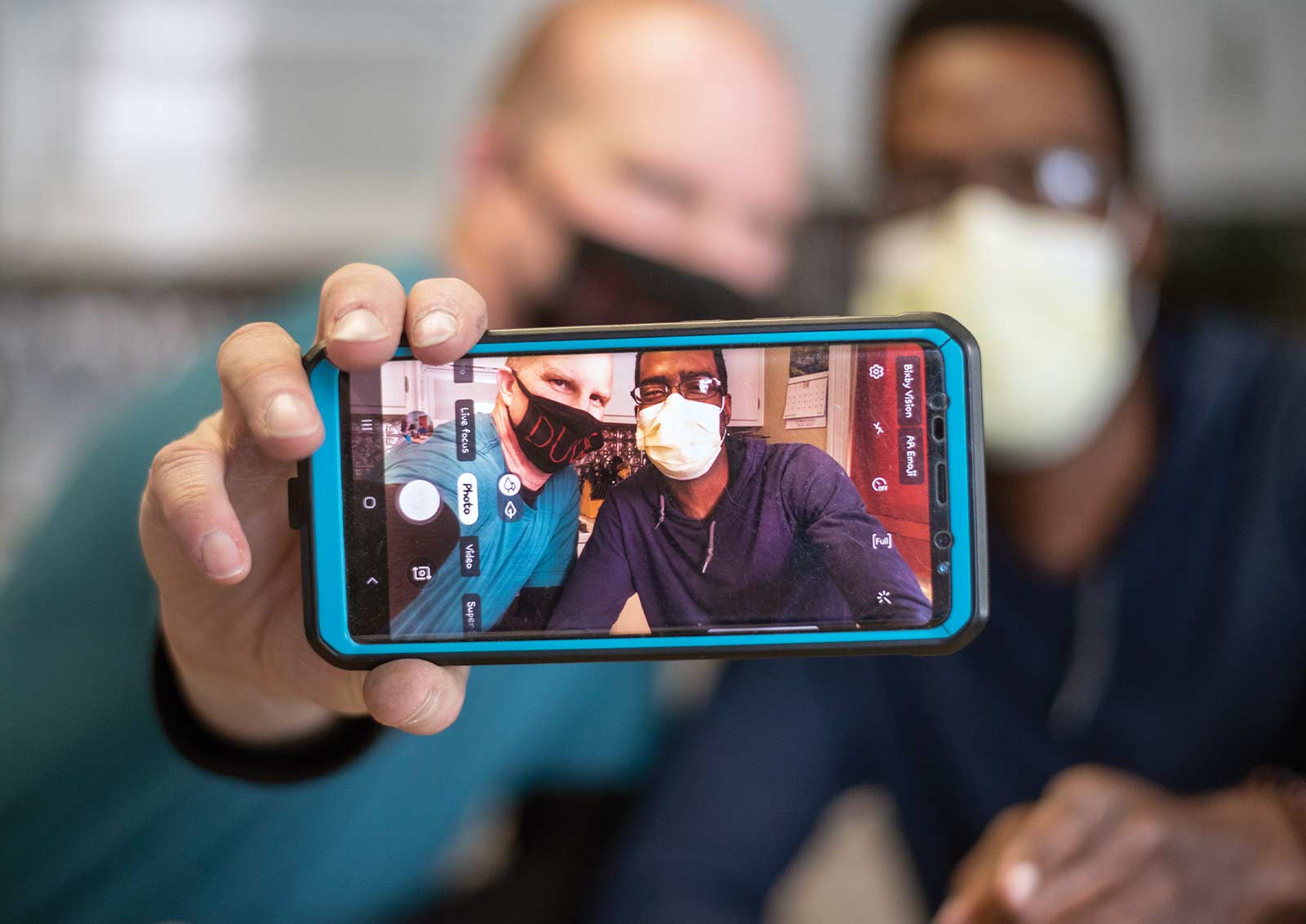 The surgery was scheduled for early morning June 18. There was a pre-op party the night before in Mr. Maxwell’s hospital room. “I knew everything was going to be fine,” he says. “The feeling was like being on a rollercoaster before that first drop. It was that kind of anticipation.”

Mr. Maxwell was taken into surgery first. When he woke up, a nurse was there to show him his friend’s first urine sample — the new kidney was working perfectly.

On the day after surgery, Mr. Joseph was up and walking first. He came into Mr. Maxwell’s room and they had breakfast together. “So, I walked over to his room for lunch,” Mr. Maxwell says laughing.

The road to recovery

Both men were soon out of the hospital and their recovery processes began. “Anyone considering being a kidney donor should know the recovery process isn’t that bad,” says Mr. Maxwell. “And when you consider the fact that you’re giving someone else the gift of life, you know it’s more than worth it.”

The first three days were the toughest, he says, but because the painkillers made him feel sick, he got by on just Tylenol. “By the fourth or fifth day, I was feeling much better. By 2 weeks I was walking around just fine and after 2 months, I went back to work,” he says. “Life really hasn’t changed for me. I drink more water, but that’s really the only thing that’s different.”

Because he knew he’d be taking time off work, Mr. Maxwell had a GoFundMe set up to help support his family of eight. “People were more than generous. I can’t thank everyone enough,” he says. “We got through it just fine financially. I felt God’s presence throughout this journey — which is part of a much larger journey. I feel that, too.”

Mr. Joseph recovered well. He no longer needs dialysis and enjoys eating the things he loves again. The two men remain close and plan to celebrate every June 18 as “Chris’s second birthday.”

“Life has taught me that it’s okay to receive help from others,” Mr. Joseph says. “God has shown me that in order to trust him, I have to trust his plan — along with the friends and family he placed here from the beginning. Now, I do what I can to be an inspiration to others all around the world.”

Kidney donation might be easier — and safer — than you think.