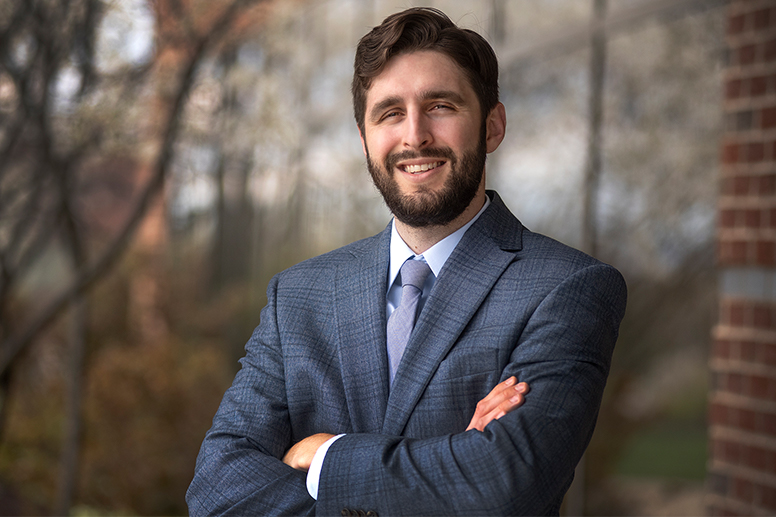 Jordan Barbour originally intended to become a doctor. As a pre-med major at Elon University, he shadowed doctors in a variety of healthcare settings, including the emergency department and surgery. “It was fascinating, but I got to see some of the dysfunction of American healthcare firsthand,” he said. He said some of his physician mentors told him that, to make a career providing direct patient care, he would have to accept working within the system; but if he wanted to change the system, he should choose another career. Around that same time, he took a class at Elon called “21st Century Healthcare.” “It opened my eyes to the complexity of our system,” he said. The confluence of these experiences defined his career trajectory. “I decided I wanted to pursue a master’s in healthcare management, which I did at Yale School of Public Health,” Barbour said.

At Yale, Barbour said his interests still spanned a wide gamut, from global health to policy. “I knew that, rather than jumping right into a niche, I could opt to do an administrative fellowship to get the big picture,” he said. After doing his research, he was convinced that Geisinger, as an integrated health system with an insurance component, could deliver that big picture. “I liked Geisinger’s focus on population and community health,” he said. “Many of the fellowships that I looked into were at systems still based on “fee for service” reimbursement models.  As the saying goes, there is no healthcare reform without payment reform, so Geisinger was the right place to learn about and enact the future of healthcare.”

During his fellowship, Barbour said he was at the “intersection of community health and Geisinger’s health plan.” “My experiences spanned these areas. I managed operations at a community hospital and developed a business plan for the population health team,” he said, adding that he even had a hand in developing the initial plan for Geisinger at Home, the system’s innovative initiative to care for older patients with a multitude of health needs.

His most important experience, however, was learning how to incorporate behavioral health services into healthcare just as the opioid epidemic was exploding. “My fellowship gave me real world experience with real world impact. There’s just no substitute for being on the hot seat,” he said.

Today, as director of operations for addiction medicine, Barbour puts that experience to work integrating behavioral health services across the care continuum. “There is a significant need for behavioral health and addiction treatment services,” he said. “We are, quite frankly, saving lives and it doesn’t get any better than that.” 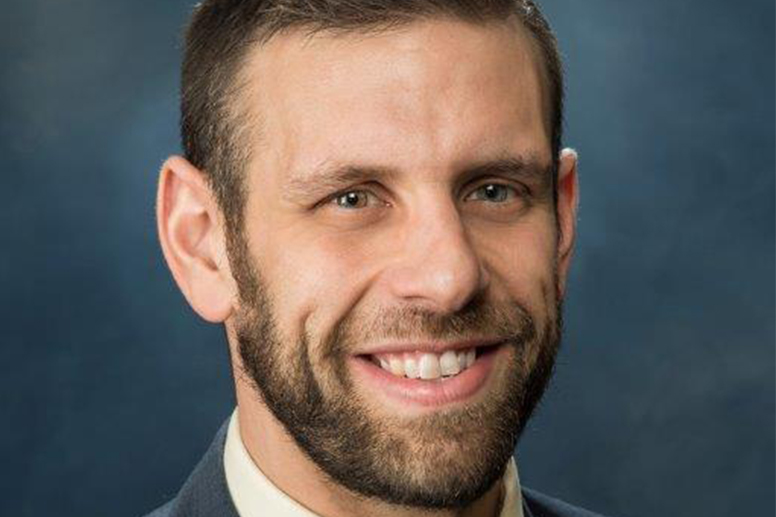 After college, Dan Landesberg started his professional career in sales and ran a small business in California for two years. As much as he enjoyed the benefits of entrepreneurship, he knew true career fulfillment would have to come from another sort of venture. His wife, Jana Kass, is a registered nurse and as the couple discussed his future, Landesberg realized he, too, wanted a career in healthcare.

“I had some business skills I could build on, but I wanted to use them to make a difference in the world. I did my research, shadowed a number of healthcare professionals, and when I started exploring healthcare administration, I knew I’d found my calling,” he said. His first foray into healthcare was in a frontline role, similar to Geisinger’s patient access representative position, at Memorial Sloan Kettering Cancer Center in New York. He worked at MSKCC while attending City University of New York-Baruch College in their Executive Healthcare MBA program. “I had a wonderful experience working at MSKCC. In my second year, I found out about administrative fellowships. I’d never heard of them before,” he said, noting that his program was more geared toward mid-careerists.

After learning more about how an administrative fellowship could advance his career, Landesberg began to do more research – this time into where he could get the best experience. He and his wife had decided they would be willing to relocate, given the right opportunity. Dan interviewed all over the country but, he says, “when I interviewed at Geisinger, it just felt different,” he said. “The people were incredibly bright, yet relatable and community-oriented. The culture was singularly focused on innovation and challenging the status quo.”

Landesberg said he wouldn’t change a thing about his fellowship. “From the exposure to leadership decision-making to seeing our strategy being executed every day, my fellowship was a transformative experience. I developed a close relationship with my preceptor, Ron Beer, and enjoyed numerous informal mentoring relationships that continue today. As a fellow, I was offered the opportunity to work on post-merger integration, gained operations management experience, and helped return inpatient services to Geisinger South Wilkes-Barre. I also found an instant social and professional network with current and former fellows.”

Today, Landesberg is associate vice president of clinical operations for Geisinger’s northeast region, with responsibility for Geisinger Wyoming Valley Medical Center and Geisinger South Wilkes-Barre. He also serves as first-year preceptor for the Geisinger northeast administrative fellowship. “I knew I wanted to be a hospital administrator, so I used my fellowship to discover how every department worked. I shadowed almost every department in the hospital, from nursing to transport to IT. The fellowship allowed that flexibility. I’m so fortunate to have had this opportunity.” 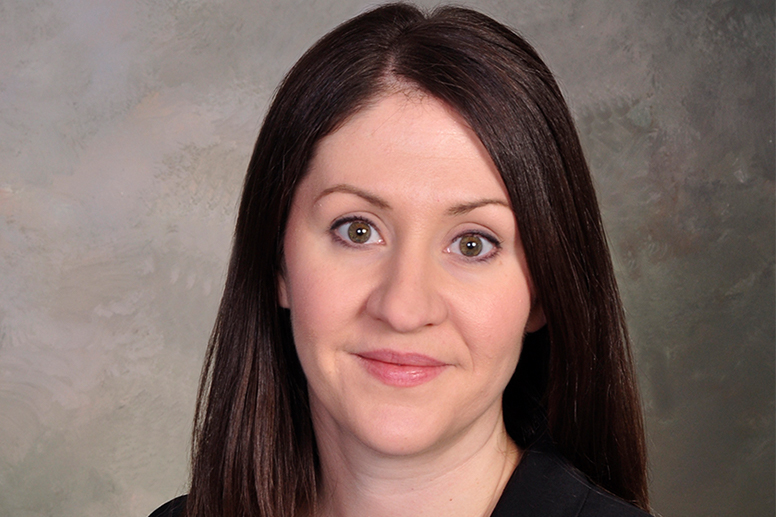 An Ithaca College roommate piqued Rachel Manotti’s interest in a career in health policy and management. An inspirational mentor at Geisinger reinforced her decision to pursue it.

“After Ithaca, I went to Cornell for a master’s in health administration. I knew I wanted to do an administrative fellowship and I knew I wanted to do it at Geisinger. I grew up in central Pennsylvania, so I knew all about Geisinger. It was always reassuring to know that topnotch healthcare was available so close to home for my family and friends, and I wanted to me a part of sustaining that service to the community,” she said.

Manotti’s mentor at Geisinger was the now-retired Chief Administrative Officer Lynn Miller. “I built a great relationship with Lynn and a number of other leaders during my fellowship. They always provided the latitude for me to experience more, to go deeper,” she said. In addition to the supportive environment, Manotti said the work itself was challenging and fascinating. “Healthcare is like a puzzle,” she said. “And I am a problem-solver, so I love figuring out how all the pieces go together most effectively.”

Today, as vice president of strategy and market advancement, Manotti leads a 20-person team that serves as Geisinger’s “strategy and growth champions.” “I have the opportunity to influence our strategy and direction and that’s exciting,” she said. “My team identifies growth opportunities, provides strategic insight and market intelligence, identifies trends and works across the organization to develop and deploy our strategic plan and strategic growth initiatives. It’s rewarding and fulfilling work.”

Looking back, Manotti said, “The important thing about the fellowship is that it not only led to my first job, but to the next one and the next one. All the learning and experience, plus those foundational relationships, really set my career trajectory.”