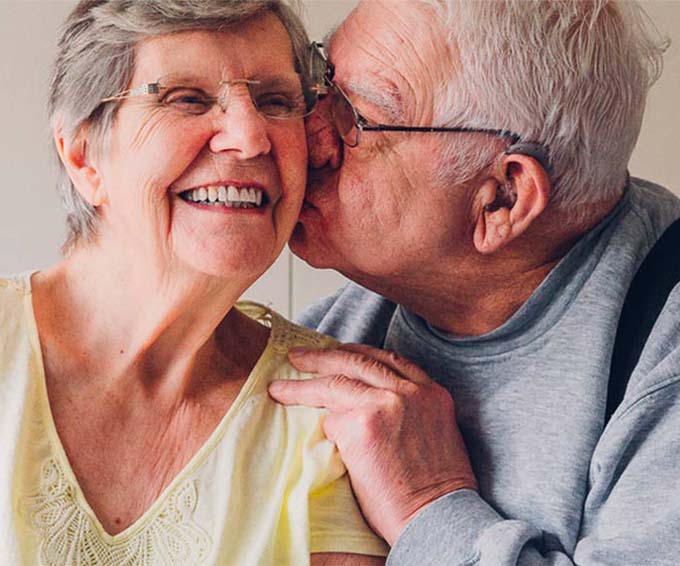 Lung cancer care at every step

Whether you’ve been diagnosed with lung cancer, you’re worried about developing lung cancer or you’re trying to stay well after treatment, we’re here for you every step of the way.

What is lung cancer?

Your lungs are air-filled organs located on each side of the chest, responsible for supplying oxygen to your body. Besides helping you breathe and speak; your lungs act as filters to protect you from air bubbles or small blood clots. They can shelter your heart from damage or trauma, such as during a collision.

Lung cancer develops when the healthy, normal cells that line the lung gland begin to “go rogue” by growing and functioning in a different way. These cancerous cells can begin to build up and form a mass called a tumor, which exists as a lump inside your lung.

There are several types of lung cancer that can develop, each requiring different treatment plans. Each type is named for how the cancerous cells look under a microscope.

Early stages of lung cancer may not have any symptoms. Common symptoms that can appear in the disease’s more advanced stages include:

Having these symptoms doesn’t necessarily mean you have lung cancer. However, it’s still important to tell your doctor, as these could be signs of an underlying health issue.

Each year, more than 220,000 people in the U.S. are diagnosed with lung cancer — that’s one new lung cancer diagnosis every 2 minutes. The causes of lung cancer can vary from tobacco use to environmental factors. And although smoking is one cause of lung cancer, there are many others. Certain risk factors that can increase your odds of developing the disease include:

Screening for lung cancer through a low-dose CT scan is becoming more common and may help catch the disease at an earlier stage, when it is more treatable.

Heavy smokers between the ages of 55 and 80 should get screened for lung cancer. Heavy smoking is defined by the “pack-year history,” a system to measure a person’s exposure to tobacco. A pack-year means you’ve smoked approximately one pack of cigarettes a day for a year. If you smoke a pack a day for 20 years, you would have a 20-pack-year history.

Anyone who has quit smoking anytime in the past 15 years should also have a lung cancer screening.

Early detection is the key to identifying cancer — including lung cancer — when it’s more treatable and curable.

We offer diagnostic tests that use the most advanced technology to better detect lung cancer in its earliest stages. Your doctor may perform diagnostic testing that includes:

Depending on the type, location and stage of your lung cancer, one or more of the following treatments may be recommended.

Surgery is a common method of treating lung cancer. Our surgeons use the latest techniques to treat cancer of the lungs, including minimally invasive surgery, to offer you the best outcomes and path for healing.

Our surgeons are highly trained and board certified, which means they have passed an optional national exam to demonstrate their medical expertise. Many of our surgeons also have specialized training in specific types of cancer surgery.

Chemotherapy is a drug-based treatment designed to slow the growth of or shrink tumors. Chemotherapy drugs can be given through an IV or taken in a pill form.

The timing of your chemotherapy may be given:

At Geisinger, our team includes doctors called medical oncologists who specialize in chemotherapy. You’ll also have access to clinical trials that include testing new chemotherapy drugs and combinations of medications that aren’t widely available.

Keeping you comfortable while you have treatment is important to us. Our state-of-the-art clinics — many recently renovated — offer heated seats and individual TVs to help you relax during treatment.

CyberKnife® robotic radiosurgery is a non-invasive treatment for tumors that are hard to reach or inoperable. This robotic therapy targets complex tumors — including cancerous and non-cancerous tumors — by delivering high doses of targeted radiation safely, anywhere in the body. And it’s offered at the Frank M. and Dorothea Henry Cancer Center at Geisinger Wyoming Valley Medical Center in Wilkes-Barre.

No incisions involved. So you have quicker treatments, less pain and faster recovery. Learn more about CyberKnife.

Biological therapy
This type of therapy uses your own immune system to kill cancer cells or slow their growth.
Immunotherapy
Biological drugs work with your body’s immune system to fight cancer in a targeted way, often without chemotherapy or radiation.
Palliative care
In addition to helping you treat your cancer and manage your symptoms, we offer palliative care options aimed at keeping you comfortable. We take a team approach to help control pain and coordinate your care, while providing emotional support for you and your family. Learn about palliative care options.
Clinical trials
Our extensive history with lung cancer research and clinical trials gives you access to new treatments, often before they become widely available. Participating in a trial may help improve your condition, even if standard approaches haven’t worked in the past. Find a clinical trial near you.

Cancer is unique to each person, which is why Geisinger’s cancer care team gets to know you along your journey. While some of our cancer specialists are trained in treating specific cancers, our entire team works together to help you fight your cancer.

Our lung cancer specialists are dedicated to providing innovative treatments and personalized cancer care. We offer: