Continuing to grow and learn while helping others.

Jason Stamm, MD, isn’t a professional athlete. In fact, the Geisinger pulmonary and critical care physician and former Air Force major admits he was an average collegiate tennis player. So why did Lycoming College retire his “number” recently? Well, it had more to do with his accomplishments off the court.

Dr. Stamm holds a bachelor’s degree, two master’s degrees, is a Doctor of Medicine and is fellowship trained. Lycoming College decided to honor the academic superstar by displaying a banner in its chemistry department bearing his number — 1995, the year of his graduation — as a reminder to students of what they, too, can accomplish.

“I’ve always been curious about the world around me,” says Dr. Stamm. “In college, I majored in chemistry and minored in English, but I took as many liberal arts classes as I could to satisfy my curiosity about things, especially about the human condition.”

Furthering his education at medical school

After college, Dr. Stamm entered a PhD program in medicinal chemistry at the University of Michigan. Halfway through the program, however, he realized he wanted more interaction with patients than a research career could provide. He left Michigan with a master’s degree in medicinal chemistry and moved on to medical school at Penn State University. He then joined the U.S. Air Force to help with medical school expenses.

“Medicine seemed the natural way to combine my interests — science and the human condition — to care for others,” Dr. Stamm says. “The military was a way to help me financially and provided an outlet to satisfy a sense of service I had to help others.”

Joining the military to help others

During his tenure in the military, Dr. Stamm was deployed twice to Iraq, to Balad Air Force Base, where he worked in a trauma hospital performing critical care.

“Our mission was to quickly treat and evacuate patients,” says Dr. Stamm.

His time in Iraq exposed him to an intensity of trauma medicine he had never seen before. Wounds from bullets and explosive devices and injuries to the head, neck and extremities were common. But his team also cared for burns, blast injuries and patients suffering with pneumonia or infection.

“It was in some regards the best medicine I could have practiced. Although it was a war zone where we had first-world technology and third-world problems, the camaraderie and sense of mission were paramount,” Dr. Stamm says. “And we treated everyone, whether they were American or Iraqi patients. They were just people who needed our care.”

Coming home to Geisinger after 7 years in the military

Dr. Stamm left the Air Force as a major after seven years of active duty. The experience left him wanting to learn more about critical care medicine.

“I was fascinated by the intensity, physiology, procedures and human interactions in the intensive care unit and I wanted to know more,” he says.

After completing a fellowship in pulmonary and critical care medicine in Pittsburgh, the Jersey Shore native returned to central Pennsylvania to practice at Geisinger Medical Center in Danville.

“Growing up in rural PA, I considered Geisinger to be the gold standard of medicine, so for me to come home and start working in critical care here was a huge accomplishment,” says Dr. Stamm.

He believes Geisinger embodies some of the same elements he found in the military. “Geisinger feels like the military in the sense that here we provide service above self, perform the job with excellence and work as a team to care for all people,” he says.

Dr. Stamm’s curiosity is still inspiring him to find answers. And Geisinger’s culture of innovation encourages him to keep searching for new discoveries through research. Two clinical areas he has focused on are cystic fibrosis and extracorporeal membrane oxygenation (ECMO).

He helped establish a new adult cystic fibrosis program at Geisinger that is accredited by the Cystic Fibrosis Foundation. And as one of five ECMO critical care physicians at Geisinger, he focuses on ways to use artificial support for the heart and lungs in extremely vulnerable patients until cardiopulmonary function recovers.

As a faculty member of the Geisinger Commonwealth School of Medicine, he also finds satisfaction in teaching the next generation of healthcare providers. “We have the privilege and responsibility to train young physicians,” says Dr. Stamm. “The benefits of teaching go beyond sharing knowledge to include role modeling and mentoring to educate those physicians who will follow in our footsteps.” 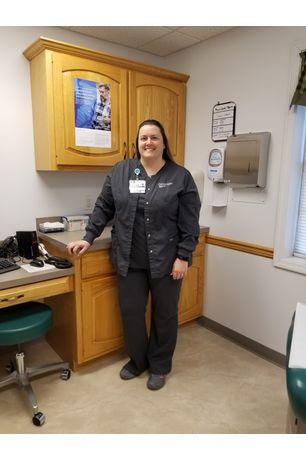 From LPN to RN 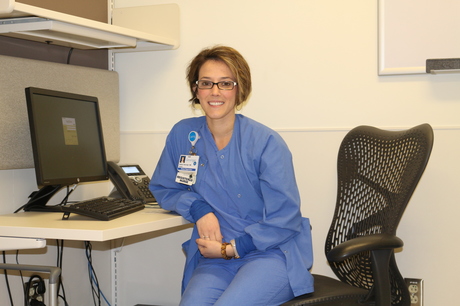 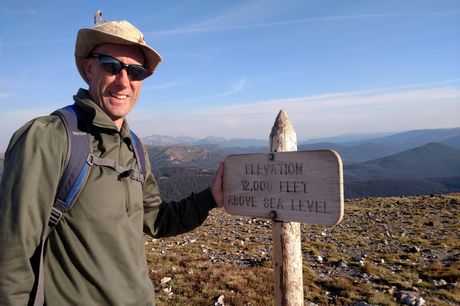 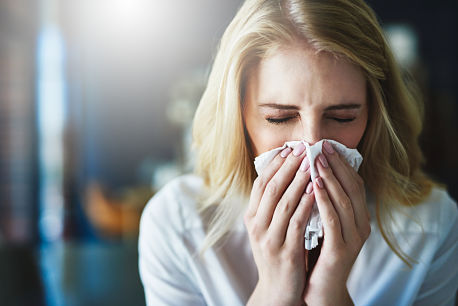 Is it a cold or the flu?