Learn how Geisinger Orthopaedics helped Tucker Wool find relief from pain and get back on the field.

Danine and Steve Wool were told their son, Tucker, would probably graduate high school in a wheelchair. At 18 months, Tucker was diagnosed with Perthes disease by Geisinger family doctor John Pellegrino, DO. He had a couple of surgeries when he was 5 years old, but the doctors in Philadelphia said that was all they could do for him.

Perthes disease, also known as Legg-Calve-Perthes disease, is a rare childhood condition that affects the hip when the blood supply to the head of the femur is temporarily disrupted. It results in pain, muscle spasms and, for Tucker, limited mobility.

Even with limited range of motion, Tucker became an athlete, playing football, wrestling and throwing for the track team in high school. “He has a remarkably high tolerance for pain,” Ms. Wool says. “He’s 6-foot-2, 290 pounds and can bench-press 410. This is one tough kid.”

Then, when he was 16 years old, an injury sent Tucker to Geisinger, where he met orthopaedic surgeon Dr. Mark Seeley.

“Tucker had an extremely complex hip issue,” Dr. Seeley recalls. “Over time, as the femoral head flattens, it causes labral tears, trochanteric impingement and early arthritis. Although hip replacements have great success, they were not designed for children, who tend to push the limits and extremes of activity.”

Tucker saw surgeons in Philadelphia, but they felt surgery would be too difficult to perform. Still, Dr. Seeley spent several long visits with Tucker and his family discussing the risks and benefits of surgery, as well as the extensive recovery process.

“We also discussed the unpredictable future of his football career, and I explained that my main goal for any surgical procedure is to eliminate pain,” Dr. Seeley adds.

An 8-hour surgery helps Tucker get back in the game

In November 2018, Dr. Seeley treated Tucker’s labral tear and reduced the size of the femoral head so the joint would fit in the hip socket. He also divided the femur to correct the way the ball and socket of Tucker’s hip joint came into contact with each other. The procedure lasted nearly 8 hours.

Tucker spent 8 days in the hospital and 6 days in a rehab facility. Everyone expected him to take 19 months to fully recover, but Tucker surprised them all. When the 2019 football season started, Tucker was back in the game.

“Tucker runs and stretches in ways he hasn’t been able to in years,” says his mother. “It’s a miracle he’s back on the field. I really can’t thank Dr. Seeley enough.”

The Wools also credit Tucker’s Geisinger physical therapist, Karen Horne, who took him to the Williamsport YMCA to work with him in the pool.

“Tucker took physical therapy very seriously,” Mr. Wool says. “He was extremely dedicated and so was his therapist. I don’t think he’d have recovered so quickly without her help.”

Dr. Seeley couldn’t agree more. “The surgery was only one small piece of the puzzle. Tucker needed very directed, consistent physical therapy. To teach a tall, 290-pound teenager how to relearn everyday tasks is not easy. On multiple occasions this required Karen to think outside the box, and I cannot thank her enough.”

Tucker’s legs will always be different lengths, so he has his shoes altered to compensate for the difference. Other than that, and a slight strut when he walks, no one would guess he had such serious hip issues — especially if they saw him out on the field.

Or walking across the stage to get his diploma.

Here’s why walking around barefoot is a bad idea
Request a consultation with Mark Seeley, MD
Learn about orthopaedic surgery at Geisinger 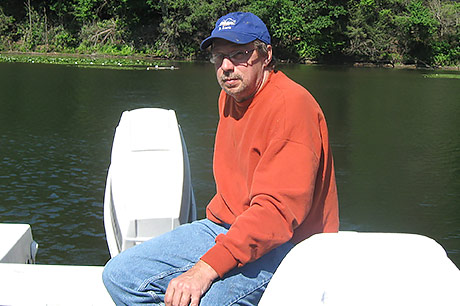 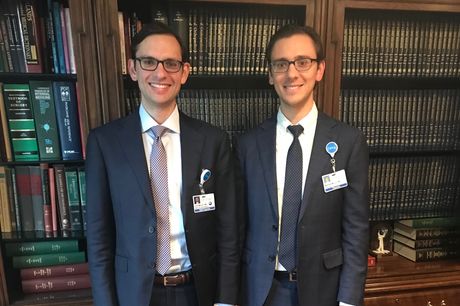 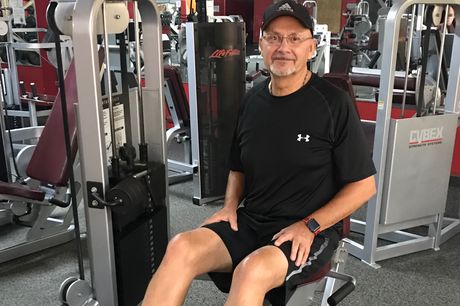 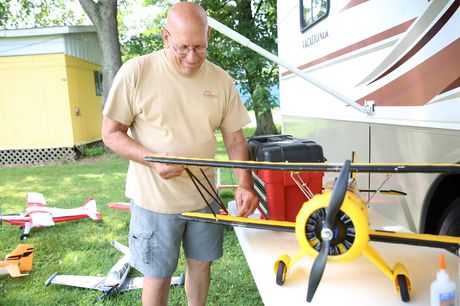