This year, get up from the table feeling lighter — without sacrificing any of your favorite holiday foods.

Thanksgiving is a day to feast, not fret about calories.

But what if you could have your turkey and stuffing and pie without wondering, in the back of your mind, how much time you’ll need to spend on the treadmill, rowing machine or spin bike to burn off all the fat and sugar and carbs?

Geisinger dietitians to the rescue. Our Thanksgiving dinner food swaps will save you a whopping 942 calories. And you won’t feel cheated — or have treadmill nightmares during your post-meal nap.

You can thank us later, or at the table when you’re scooping a heaping helping of secret-ingredient mashed potatoes onto your plate.

You might be thinking, “We’re talking about Thanksgiving dinner. No one — and I mean no one — messes with Grandma’s stuffing recipe.” And you shouldn’t toss out your traditions like last week’s gravy. But keep in mind, if you make our suggested swaps, you’ll save about a meal’s worth of calories, based on the U.S. Dietary Guidelines for Americans, which recommend 1,600 to 2,400 calories per day for women and between 2,000 and 3,000 for men.

And did we mention the treadmill time?

If you usually pounce on a leg or thigh when the platter full of turkey is passed around the table, leave the dark meat for friends and family this year. You can easily reduce your calories and saturated fat by eating skinless white meat.

Another hint: Lower your sodium intake, too, by serving a fresh or organic turkey. Most grocery store turkeys are injected with salt solutions and may have more than 75 milligrams of sodium per ounce.

Call it stuffing. Call it dressing. Call it still tasty, but less fattening, when you swap fat-free buttermilk for whole milk and cut the butter in half. Trust us, herbs and seasonings have always been the star of this Thanksgiving side dish, anyhow.

Want to save even more calories, fat and sodium? Use low-sodium chicken sausage instead of pork. Go ahead. See if anyone even notices.

If you and yours wait all year for green beans smothered in canned soup and fried onions, you may draw the line at this swap. And that’s okay. But if this Thanksgiving side dish has become more about tradition and less about taste, consider serving fresh green beans sauteed in olive oil.

It’s a simple, healthy recipe. The bright green beans arguably look prettier than the casserole. And your family might be secretly glad for a break from all the other rich, heavy foods on their plates.

Traditional green bean casserole is also packed with 618 milligrams of sodium. That’s about 40% of our recommended daily intake. (Translation: A lot of salt.)

Sure, you could go bold and make a dramatically healthy recipe swap here, like switching in cauliflower for potatoes. But it’s Thanksgiving dinner, and people probably want their spuds. Lighten them up with two secret weapons — fat-free sour cream and fat-free plain Greek yogurt, instead of sour cream and butter. Same creamy texture. Same tangy taste. Virtually no fat.

In most cases, homemade is healthier than store-bought. This is not one of those cases. Low-sodium gravy mix is packed with flavor, but lower in calories than most homemade recipes. You might also feel less stressed, because scratch-made gravy is never predictable — why don’t those lumps disappear, no matter how hard you whisk? Instant gravy, meanwhile, is just about foolproof.

Chances are, your Thanksgiving dinner involves pie. Maybe too much pie. If you have a choice between two classics — pecan and pumpkin — choose the latter. One slice of pecan pie has nearly 50 grams of sugar. Pumpkin pie has about half that amount. And what tastes more like fall than pumpkin?

Thanksgiving swaps by the numbers

We did the math, so you don’t have to — and we triple checked our work. All our swaps add up to 942 calories saved. Do them all or try just a few. Either way, we guarantee you’ll be grateful the day after Thanksgiving, when you wake up at 5 a.m. to hit the sales — not the gym for that extra hour on the machines.

How to have a diabetes-friendly Thanksgiving
6 foods to boost your immune system this cold and flu season
Recipe: Apple pear crisp 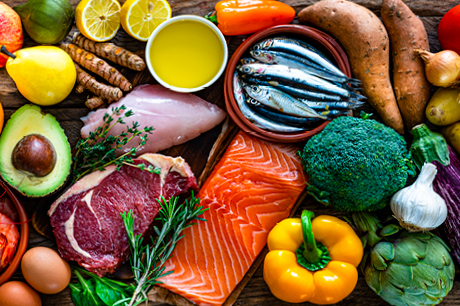 What to eat if you have diabetes 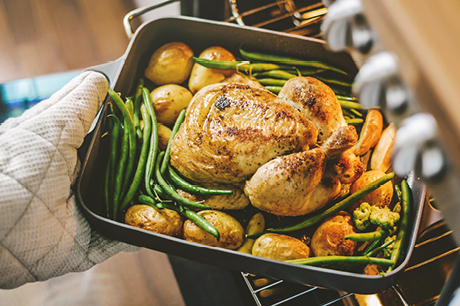 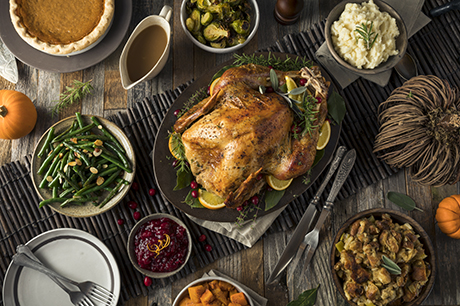 How to have a diabetes-friendly Thanksgiving 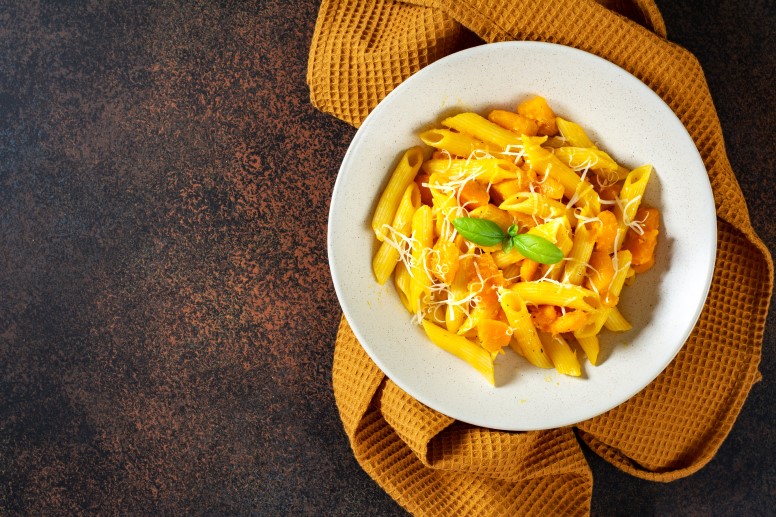